There’s a curious form of temporary self-consciousness created by radically altering something about one’s outward appearance that gives the feeling of suddenly sticking out like a sore thumb. Whether it’s a drastically short fringe or a new style of jacket, you swear even strangers you pass in the street will notice the change in you.

But are you any more conspicuous after a haircut and while wearing your new spectacles, or is this quirky social sensation just a trick of the mind?

My favourite film is Taxi Driver—not a very original choice, I admit, but I like it. As with a couple of my other favourite films, I went through a pretty long period of obsession with it. I made it my mission to know all I could about every aspect of the film’s script, production, actors and props. I even went as far as using a Japanese middleman to ship me a recreation of the Vietnam-era bomber jacket worn by Travis Bickle (the film’s protagonist), complete with faithfully reproduced military patches and luxury padded lining. The makers of the jacket didn’t ship outside of Japan, hence the need for an intermediary to get it into my sweaty hands. Sweaty because I’d spent weeks tracking down the jacket and hours trying to make confused Japanese clothing store employees understand the words ‘Taxi Driver King Kong Company Jacket’.

I was mostly worried about the size. The process of sending the jacket back through my middleman to get a refund or replacement would have been almost impossible, so it was a case of crossing my fingers and hoping it would fit.

Eventually, it arrived and I slipped it on very carefully. I was so eager for the whole thing to be a success that I awkwardly and audibly reassured myself that it wasn’t a tad short and that it wasn’t riding up at the back that much. It was fine! It’s a bomber jacket and they’re supposed to sort of leave the back of my belt exposed like that. ‘It’s totally wearable,’ I told myself, while scrutinizing it from all angles in my full-length mirror and occasionally tugging it down a little. ‘That’s £450 well spent.’

The only thing was, I’d become a bit blinded by the pursuit of the jacket. Now I had it on my back—sort of—I started to question whether I’d even feel comfortable wearing it in public. It wasn’t just a similar jacket to the one in the film, it was an exact replica, patches and all. Would I look like a wannabe anti-hero? The last thing I needed was to come off as an obsessive fan. I just wanted to look like I was subtly paying my respects to the infamous pimp-killing, prostitute-saving 1970s sociopath Travis Bickle.

‘But how will people know that I don’t actually think I’m Travis? They might shout at me in the street, call me a sad case. At least I can shout back “You talking to me?!” Wait, what am I thinking? Most people won’t even remember the jacket, even if they’ve seen the film. No, no. They will just think I’m one of these young army types who wears all the gear and has a massive collection of air rifles and whatnot, but absolutely no real affiliation with the military—just an affinity with the lifestyle. That’s as bad as the movie nerd thing. Maybe worse.’

I put the jacket in a protective bag and hung it up. New Hairstyle Syndrome—that weird feeling of self-consciousness caused by changing your appearance in a new, ‘risky’ way—had put a stop to my wearing of the special jacket before it had even properly begun.

As Travis would say: “Goddamn.” 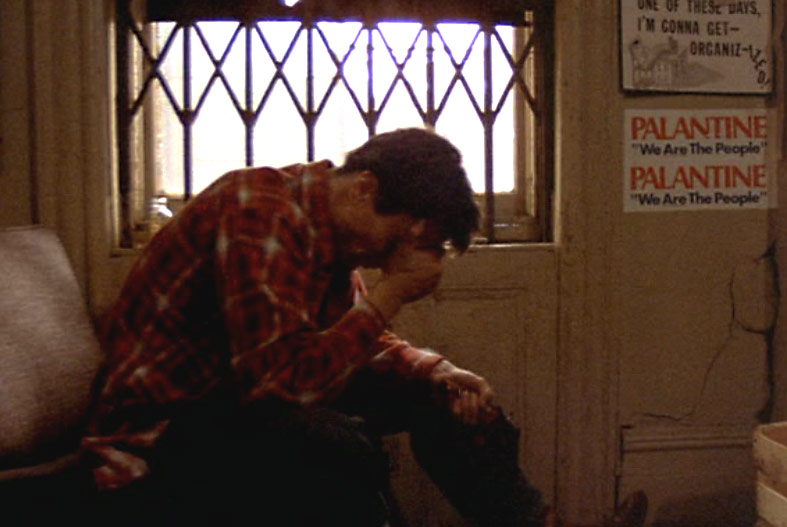 The sudden social conspicuousness (SSC from here on) created by New Hairstyle Syndrome is a psychological feeling. It can be a help or a hindrance, it all depends on whether you consider the new aspect of your appearance to be good (a social asset) or bad (a social liability).

Good SSC can arise from almost anything, like wearing new, fashionable clothes; losing weight; or having your teeth whitened, while bad SSC could be caused by feeling bloated and fat, having an outbreak of zits, or chipping a tooth. The factor that links both forms of SSC, positive and negative, is that you feel like you’ve deviated from a former version of yourself. You’ve either moved towards an ideal or away from it. And if you perceive the change as being major enough, you then presume other people’s perceptions of you will be altered too. You think strangers will appreciate your new haircut as much as you do, and they’ll also be as condemning of the 10lbs of fat you gained over the Christmas period.

The funny thing about the reality of SSC though is how little of it is actually warranted. Your new hairstyle, in actuality, is only new to you and people who have seen and remembered the style that preceded it. Strangers have no idea that it’s different to how it used to look and therefore spend no time dwelling on the fact that it may or may not be a step in the right direction for your appearance.

For a long while the only part of visiting the hairdressers I worried about (albeit only a tiny bit) was the four seconds it took for me to exit the salon doors after the cut was finished. That brief moment was the only time I could reasonably presume someone might think about my hair, if only for about half a second, and if they did give it a thought it would only be because they’d seen me leave a hair salon. “He’s just had a haircut,” they might think. And that’s it. As soon as I was lost in the crowd, I was just another guy.

I’m not saying that some people don’t draw attention to themselves for either looking bad or good. Some people really do have awful hairstyles, or amazing dress sense, or incredible physiques. What I’m saying is that the vast majority of the time, feeling conspicuous because of something you change about your appearance is just a result of your mind projecting your own feelings onto the psyches of other people. Strangers usually have no reason to notice the cause of your SSC because nothing stands out to them as being unusual. An awesome pair of new shoes in your mind is just another pair of unremarkable shoes in theirs. Your primary focus is their background detail. Sure, the stranger might happen to recognize your new shoes as being really nice in their own right, but there’s no way they’ll feel the same sense of invigoration that you get from wearing them.

Another reason to take SSC less seriously than you perhaps might is because of the way first impressions are formed in people’s minds. It’s pretty rare that a single aspect of a person’s appearance dominates the perception a stranger has of them. A first impression is usually a combination of dozens of visual and auditory pieces of information.

Awful scarring, chronic acne, a shirt drenched by a whole bottle of ketchup, or a startlingly beautiful woman—these are the sorts of things that really get the attention of otherwise uninterested onlookers. These things and others like them differ enough from the norm to be worthy of attention, because they aren’t commonplace. Feeling SSC because of these things is understandable because you actually are more conspicuous than the average person. It’s really just a bizarre quirk of our self-conscious minds that they so often consider relatively minor personal changes as being much more significant than they in fact are.

The Utility of Standing Out in Your Own Mind

To further illuminate the illusion of SSC, consider the following:

Imagine dressing in your most casual, acceptable, unremarkable clothes. You aren’t pushing the envelope or showing off—you look utterly normal. Now you’re put on a plane and flown to an island in the Indian Ocean to meet the Sentinelese tribe—probably the most isolated group of people in the world. To them, your jeans, watch, trainers and belt buckle are totally bizarre. Everything about you, despite being perfectly mundane to you, is a mystery to them. They don’t even notice that your jacket is a bit short at the back.

Look at a photo of yourself from 5–10 years ago. The chances are that something about your clothes or hair will stand out as either being a big mistake or something you couldn’t get away with today for fear of being mocked in the street. Yet back then you actually chose to look like that. You considered it the best way to physically express yourself.

So if SSC is usually a temporary mirage created by our minds to protect and pamper our egos, is it useful, or should it be ignored?

Positive SSC puts a spring in your step and a smile on your face, which can only be a good thing, even if the real reason for your good mood goes totally unnoticed by the people you meet. They might not notice your new hairstyle, but they’ll still register the confident vibe it has inspired in you.

The trick to utilizing SSC in daily life then, I think, is to understand how illusory and insignificant it is when it makes you feel bad and self-conscious, while fully embracing its empowering influence when it helps you feel good—even if that influence springs from a source only you are consciously aware of.

In the end, I squashed my New  Jacket Syndrome by debuting it at a New Year’s Eve party. I even spent £75 on a pair of cowboy boots (which I’ve still only worn once) so my Travis Bickle outfit was totally authentic. The thing is, nobody really seemed to notice.

They were all busy laughing their heads off at a guy dressed as Ace Ventura.

Juicy updates in your inbox

My newsletter, Data Noir, will notify you via email when I publish projects, including musings and trends on the (frequently NSFW) topics I gravitate towards.

Unsubscribe anytime. Your data is safe and will not be shared.

Juicy updates in your inbox

My newsletter, Data Noir, will notify you via email when I publish projects, including bonus findings and musings on the (frequently NSFW) topics I gravitate towards.